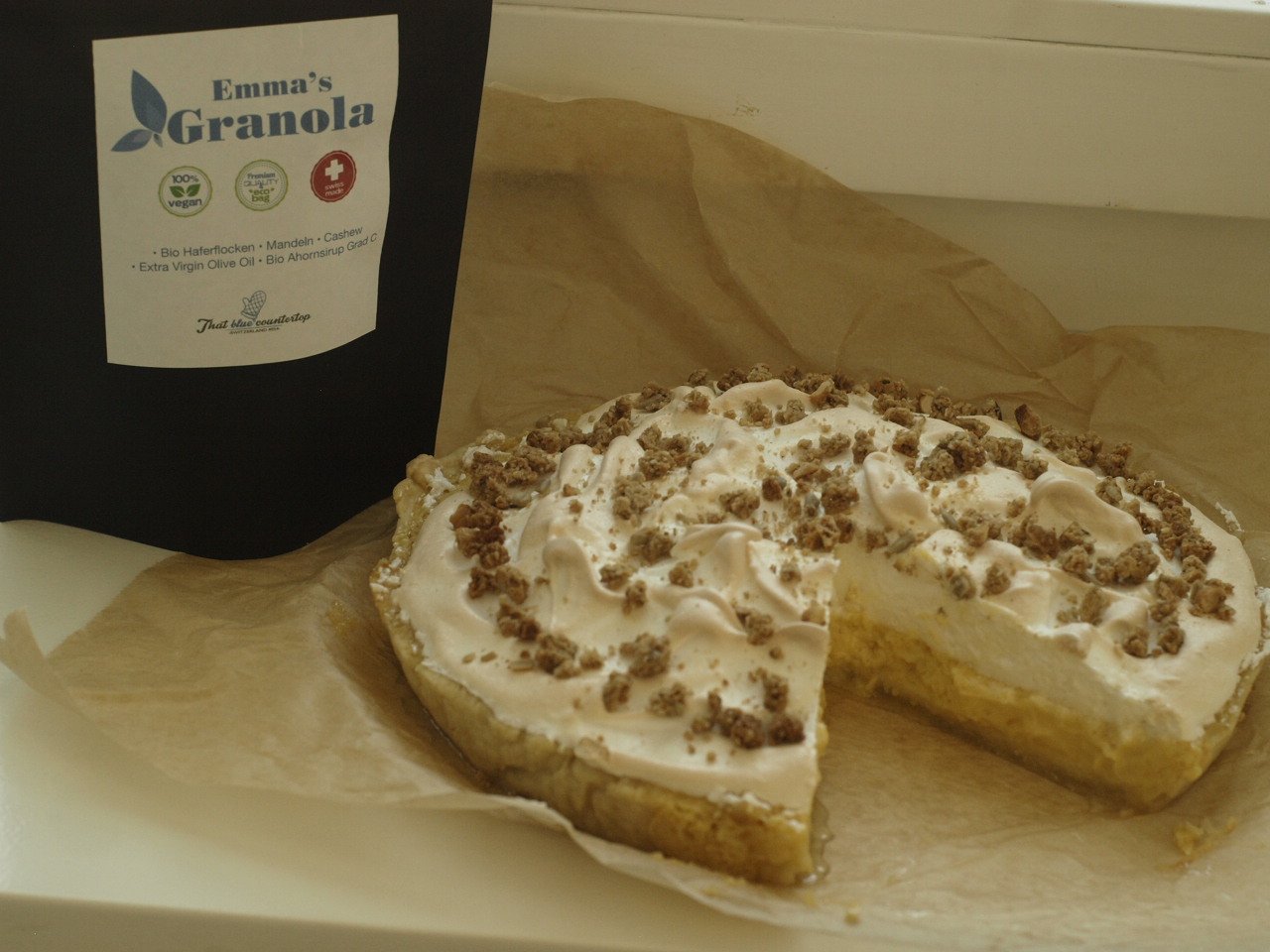 I made this lemon meringue pie for a special day of barbecue because the host asked it to me, since it’s his favorite pie and at the end was also for all of us because it was spectacular!, the base is made with shortbread pastry crust and filled with a sour lemon cream, it’s covered with meringue au gratin and with crunchy Emma’s Granola on top of the meringue au gratin becoming a very special sweet-acid contrast and different textures.

I followed a recipe by Hummingbird Bakery book that I bought 10 years ago in London and I changed it a little bit, this  bakery was the first one selling the famous cupcakes in London and has been of one of my recipe sources in some american and british recipes.

This cake is known as Lemon Meringue Pie, it’s how it’s written in English and it’s a classic in English baking. It has been made since the 16th century and is a dessert that became famous thanks to Queen Elizabeth of England, who had it served at banquets in her palace.

Instructions to make the Lemon Meringue Pie with Emma’s Granola: